Also known as “dancing eyes”, nystagmus is an ocular condition in which the eyes make rapid, repetitive, involuntary to and fro movements, often resulting in blurry vision. Nystagmic movement might be side to side (horizontal), up and down (vertical), or in a circle (rotary or torsional).

The word “nystagmus” is derived from the Greek word “Nystazho” which means wobbly head movements of a sleepy or inebriated individual.

Jerky one is a very quick eye movement in one direction, immediately followed by a slower phase in the opposite direction. But, in pendular, there are phases of equal velocity movement in either direction.

According to Alexander’s law, the amplitude of jerk nystagmus is the largest in the direction of the fast component. Grades:

Grade I: present only in the direction of the fast component

Grade III: present in all gazes.

On the basis of time of onset, the involuntary eye movement is categorized as follows:

It starts during infancy, usually at the age of 6 weeks to 3 months. It is common in both eyes. The exact cause of congenital nystagmus is not known and sometimes it is passed down from parents to children. It is classified as follows:

Infantile nystagmus is not usually not noted at birth but becomes prominent during the first few months. It is a horizontal nystagmic movement with both pendular and jerk components. The eye movement increases with fixation and decreases with convergence. The patient tends to turn the head to achieve a null point.

It may be seen in isolation or in association with strabismus, and reduced vision. Base out prism and contact lens helps to induce convergence, dampens the eye movement, and may improve visual acuity.

Nystagmus, torticollis (head turn or tilt), and head-nodding is tried of symptoms seen in spasmus nutans. This benign type of nystagmic eye movement usually starts in the first year of life and disappears by 3-4 years of age.

It occurs due to visual loss as in the case of optic neuropathy or chiasmal glioma. If the vision loss is bilateral, involuntary eye movement might be seen in both eyes.

This ocular condition happens later in life due to injury, diseases, neurological problems, alcohol, or drugs. It is of the following types:

It becomes apparent in looking at the extreme lateral or upward gaze. It is a jerky eye movement.

It is also a jerky movement that occurs due to altered inputs from vestibular nuclei to PPRF (paramedian pontine reticular formation). It is demonstrated by the caloric test.

The nystagmus occurs due to poor vision as in cataracts, aniridia, retinoblastoma, retinopathy of prematurity, and intrauterine infections.

It is the most common type of nystagmic movement associated with neurological diseases. It doesn’t affect the vision because it is absent in the primary gaze. It beats in the direction of gaze and the major causes are cerebellar lesions, brainstem lesions, and anticonvulsants.

This nystagmic movement is caused by the bilateral adducting saccades causing convergence of both eyes. It is prominently seen when the patient looks up. Midbrain lesions lead to convergence-retraction eye movement.

Nystagmus blockage syndrome has an inverse relationship with esotropia as esotropia is an involuntary eye movement blocking mechanism. Face turn occurs in the direction of fixing eyes and the eyes preferred to be adducted to reduce the effect.

Here, the ocular movements are not rhythmic regular. Following are the types of nystagmoid conditions:

Uncontrolled and rapid eye movement is the major symptom of the nystagmic condition. In additions to this, the following symptoms are common:

Your eye doctor does a comprehensive eye exam to diagnose involuntary eye movement. Nystagmus tests that are done to rule out the cause and type of nystagmic movement include:

Patient history is crucial to determine any general health problems, medications, and environmental factors contributing to involuntary eye movement. It is also necessary to determine whether the nystagmus is congenital or acquired.

A visual acuity test is an important nystagmus test. It tells the eye doctor about the visual status of patients with or without optical correction, and any possibility of vision improvement.

The refraction test determines the appropriate lens power that may contribute to achieving the best possible vision and dampening the effect. Any type of refractive error myopia, hyperopia, or astigmatism should be corrected before starting any treatments.

Eye movement, eye focus, and the ability of both eyes to work together (teaming) are necessary to achieve a clear, single vision. This nystagmus test looks for any problem related to ocular motility, vergence, phorias, or tropias. These tests help to determine the position of the null zone if any which is the main focus of treatment.

Treatment depends on whether the nystagmic condition is congenital, neurological, or pathological. Most of the cases of congenital nystagmus don’t require any treatment while non-neurological causes of acquired cases can be treated well with non-surgical methods. Similarly, for pathological involuntary eye movements, the underlying cause should be treated. Following treatment options are available:

Prism is useful mostly for diagnostic trials, but it is not effective as a therapeutic option in the treatment of nystagmic eye movement. Likewise, increased lighting in the house and workplace, and low vision devices including magnifying glasses help to make day-to-day activities easier in case of reduced vision due to nystagmus.

Conventional patching therapy has been found to be effective in treating nystagmus with amblyopia. As amblyopia gets treated and vision improves, the involuntary eye movements finally decrease.

The drugs are supposed to inhibit the excitatory neurotransmitters within the central nervous system. The drugs found to be effective against nystagmus in some patients include baclofen, carbamazepine, gabapentin, memantine, levetiracetam, 4-aminopyridine, acetazolamide, and 3,4-di aminopyridine.

Baclofen is found to be effective in treating congenital, seesaw, and periodic alternating nystagmus. Similarly, carbamazepine is widely used for superior oblique myokymia.

Botulinum toxin A blocks neuromuscular transmission and is used to dampen nystagmus. It is administered in 2 distinct ways. A single large dose of the drug is applied into the retrobulbar space or 3 units of botulinum toxin are injected into all horizontal rectus muscle. The effect of this drug lasts for a few months.

The surgery is helpful in shifting the null position to the primary position, inducing extra convergence innervation by weakening medial recti, and reducing the amplitude of the nystagmus by weakening all recti muscles. The commonly used nystagmic surgeries are Kestenbaum surgery, Anderson surgery, and Parks surgery.

HealthKura does not provide medical advice of any kind. If you have any questions related to this, you can contact related health care professionals for more information.

You probably have heard the term “Lazy eye” or “Amblyopia”. Are you interested to gain in-depth knowledge about the lazy eye? This article is all about amblyopia. You will grab detailed information
Read More 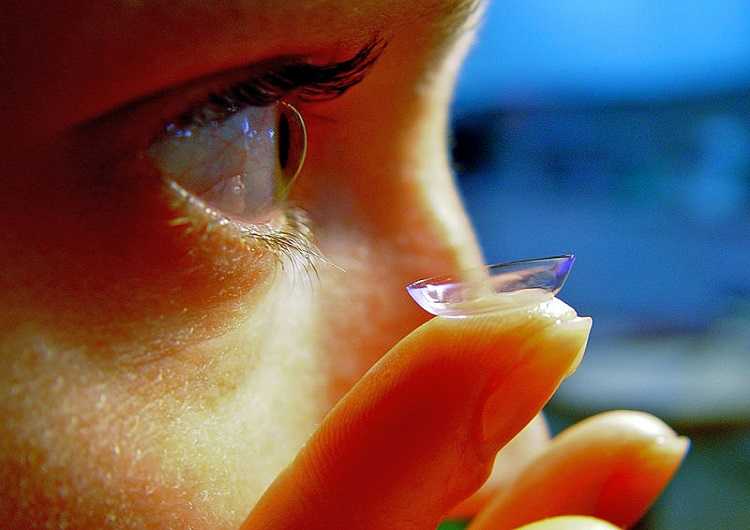