Have you heard about two popular striae in the cornea – Haab’s striae and Vogt’s striae? Today, we will be learning in detail about Vogt striae in keratoconus and Haab striae in primary congenital glaucoma. So, let’s get started.

Vogt’s striae are fine vertical (rarely horizontal), whitish lines in the deep stroma, and Descemet’s membrane of the cornea (the anterior-most transparent layer of the eye). Vogt striae are the characteristic features of keratoconus, but can also be seen in the healthy cornea of the eye.

The occurrence of Vogt stria is more frequent in the area of maximum corneal thinning and is best visualized with a wide beam of slit-lamp. The stria can temporarily disappear in the application of external pressure on the globe (at limbus).

The orientation of the lines is related to the steepest axis of the cornea which is formed due to mechanical stress force on collagen lamellae radiating from the cone apex. The striae may be unilateral or bilateral depending on the keratoconus in each eye.

Interesting Fact: Horizontal Vogt’s striae have been reported in only two cases in the literature.

According to Zadnik K et al, Vogt striae are found in two-third of the eyes with keratoconus. Similarly, Grieve K et al stated that the Vogt’s striae are seen in 82% of eyes in patients with and without keratoconus.

Eye rubbing is found to be associated with keratoconus formation, with an increased number of striae.

Various ophthalmic instruments that are used to diagnose Vogt’s striae include slit-lamp, optical coherence tomography (OCT), full-field optical coherence microscopy (FFOCM), and confocal microscopy (CM). OCT has the least sensitivity in detecting striae because the width of the striae is at the lateral resolution limit for OCT. Vogt’s striae appear as dark bands on CM, FFOCM, and OCT because the undulated lamellae reflect light away.

Vogt’s striae must also be differentiated from Haab’s striae in congenital glaucoma and Descemet tears due to obstetric trauma.

If Vogt striae appear in a healthy eye there is no necessity for any treatment. Striae due to keratoconus need to be treated to prevent further deterioration of vision. Treatment of the underlying keratoconus is required to prevent the progression of Vogt’s striae, as KCN eyes with striae have worse biomechanics than KCN eyes without striae.

In healthy eyes, striae may protect against increased IOP, which can be caused by eye rubbing, and do not require treatment.

Also known as Descemet’s tears, Haab’s striae are horizontal breaks in the Descemet membrane associated with congenital glaucoma. It is named after Otto Haab (Swiss ophthalmologist). These occur because Descemet’s membrane is less elastic than the corneal stroma.

Tears are usually peripheral, concentric with limbus, and appear as lines with double contours. Vertically oriented breaks in the Descemet’s membrane have been associated with birth trauma (e.g. forceps deliver). Haab’s striae are formed as curvilinear breaks in Descemet’s membrane which occurs due to stretching of the cornea in primary congenital glaucoma.

The orientations of the striae are mostly horizontal, or concentric to the limbus. There may be single or multiple horizontal breaks in Descemet’s membrane (Haab’s stria). Although Haab’s striae are common in infants and children, the rare incidences of striae in adults have also been found in the literature. Haab’s striae are the hallmarks of congenital glaucoma.

They are seen as tears in Descemet’s membrane during slit-lamp examination and gonioscopy.

Increased intraocular pressure (IOP) leads to expansion of the eye globe. The corneal stroma is more elastic than the Descemet’s membrane. DM is inelastic and tears due to increased IOP. The tears in the DM cause stromal edema, seen in congenital glaucoma.

Tears in the Descemet’s membrane (i.e., Haab’s striae) occur as the cornea stretches under elevated intraocular pressure in primary congenital glaucoma. They are generally visible after the corneal edema had resolved with normalization of the IOP. In specular microscopy, Haab’s striae have been found to be associated with a reduced corneal endothelial cell account.

Haab’s striae can cause astigmatism and affect the clarity of vision when they cross the visual area.

Standard glaucoma therapies should be applied early and lifelong monitoring is necessary.

The following table helps to differentiate between Vogt’s striae and Haab’s stria.

Blurry Vision In The Morning- Causes And Concerns

Health Kura does not provide medical advice of any kind. If you have any questions related to this, you can contact the related health care practitioner for more information.

How to Choose the Best Colored Contacts for Your Eyes? 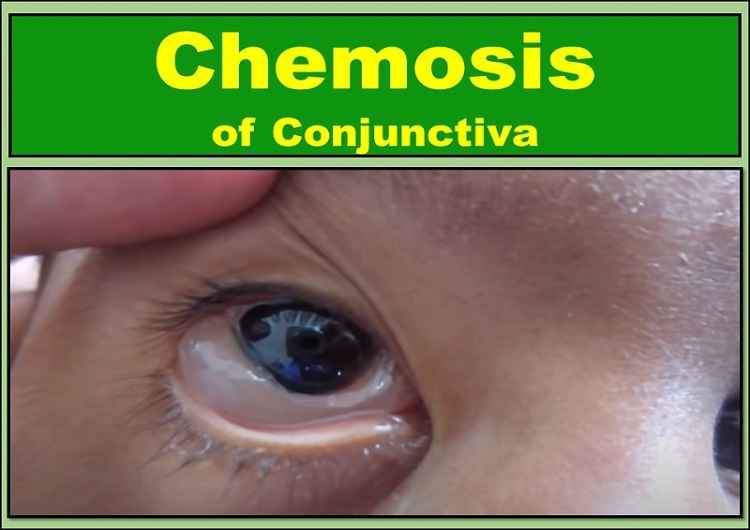 Conjunctival Chemosis of Eye – Causes, and All